With the deepening of globalization, China has become the world’s largest gaming market considering the number of players and the market share. Moreover, the growing internet technology and the applications of smartphone are major factors that promote the fast development of China’s mobile gaming industry. As a leader in the field of female-oriented mobile games, FriendTimes adheres to independent research, development and execution, giving the company an increasingly important role in the industry.

Minister Jin noted that, with China’s fast developing internet cultural and creative industry, it has proved to be the right choice for FriendTimes to appreciate originality. For the future development, FriendTimes should cement its leading role in female-focused market. In the mean time, the company should make long-term plans to improve user engagement and launch new games in different types and themes to stay competitive in the field. 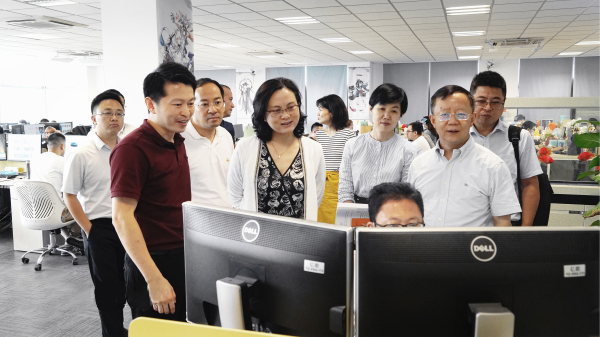 Play to Strengths and Deliberate on Cultural Resources

As the “ninth art”, video game contains enriched cultural elements. With the rapid development of gaming industry, it has become an important carrier of cultural communication and export. Compared with traditional arts, video game has the advantages of high interactivity and flexibility, which make it popular among young people. Minister Jin said that Suzhou is a city with a long history and rich cultural heritage. As an internet cultural company based in Suzhou, FriendTimes should mobilize local resources and tap into the core values of traditional Wu culture. Minister Jin also suggested that FriendTimes should use the profound culture of Suzhou to attract more players, and take internet products as culture carrier for the inheritance and diffusion of values.

When discussing cultural values of internet products, Minister Jin praised the strategy of FriendTimes in creating and developing original works. She stressed that original works are more competitive in current market environment. FriendTimes should grasp the advantages, promote the IP strategy and dig out more values of originality. 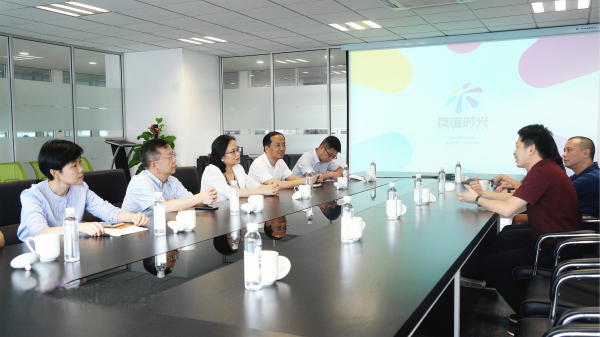 During the visit, Minister Jin spoke highly of the company’s talent training. She said that talent training is the foundation of company development. FriendTimes should expand the pool of candidates and improve working environment to attract more talents. Meanwhile, the government has held events like Gusu 8:30 and culture industry seminars to help promote culture. These events can also provide more opportunities for talents to communicate with each other and build a better environment for literary creation and creative industries.

Minister Jin and the delegation offered valuable instructions on developing strategies and plans for FriendTimes. For the next move, the company will make use of the advantages of local culture to attract more talents and create value with culture. It will enrich culture values of the products to promote culture diffusion and play a leading role in the sustainable development of internet cultural companies. In the future, FriendTimes will stay committed to leading the industry growth with “Culture+” strategy, and bridging gaps in global cultural exchange, for better promotion of traditional Chinese culture.