Under the guidance of China Audio-video and Digital Publishing Association, the 2020 CNG Forum was hosted by Gamma Data at Kerry Hotel on the afternoon of August 1st, 2020, in Pudong, Shanghai. A number of outstanding listed and quasi-listed game enterprises, developers, as well as representatives from securities companies, fund institutions and secondary market investment attended the forum and discussed the future direction of Chinese games. FriendTimes Inc. was invited to the forum and won the White Horse Award of 2020 CNG Forum.

As one of the most important forums in China's game industry, the CNG Forum serves as a large-scale and influential communication platform between the game industry and the capital market. Two more forums have been successfully held before. The White Horse Award is a recognition for outstanding long-term performance of listed enterprises according to the evaluation from four dimensions: revenue and profit output, growth, game performance and risk management and control. With the steady growth since its IPO, FriendTimes won the award with unimpeachable qualifications. 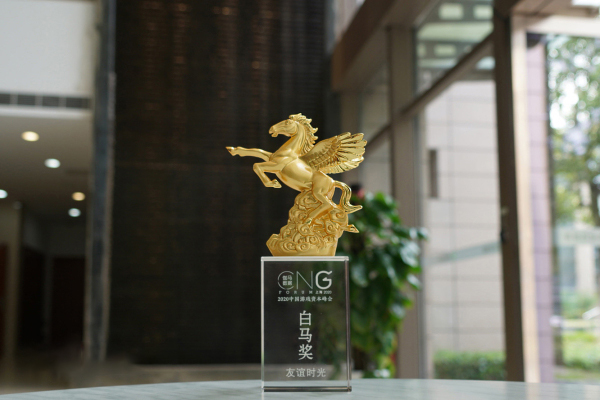 According to the game industry report released by the sponsor Gamma Data, from January to March 2020, the revenue of mobile game market hit a record high of nearly 55 billion yuan. The year-on-year growth rate was over 49%, and the month-on-month data also enjoyed a significant growth. Among the listed enterprises with game business, there were more enterprises whose net profit increased by more than 30%, 50% and 100% compared to last year, and the growth rate of some enterprises even exceeded 200%. 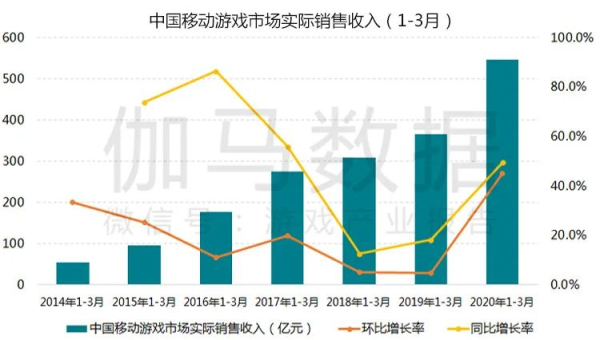 The solid performance of the game market credits to the development strategies of domestic game enterprises. In China Game Enterprise R&D Competitiveness Report 2019-2020, Gamma Data points out that in recent years, China’s independently developed games have occupied the mainstream of the domestic market and the market share is still in continuous growth. By 2019, the market share of China's self-developed online games has reached 84.0%.

As one of the Top 15 Competitive Listed Game Enterprises named at the CNG Forum, FriendTimes adheres to IP originality and independent research and development, which are the sources of the strong vitality of its Chinoiserie games and the reasons for its leading position in the female-oriented mobile game market. From 2016 to 2018, the revenue of FriendTimes was 569 million yuan, 700 million yuan and 1.464 billion yuan respectively, with a compound annual growth rate of 60.5%. The annual profit was 80.7 million yuan, 118 million yuan and 337 million yuan respectively, with a compound growth rate of 104.3%. By the end of 2019, the total number of users of FriendTimes has reached 108 million. In 2020, FriendTimes has once again proved its leading status in the female-oriented game market through the success of Fate of the Empress, a game developed with original IP. According to the data, the game Fate of the Empress has become a fixture in iOS Top 30 Free Chart since it was launched.

While mining the value of games with IP, FriendTimes is also vigorously promoting the grand IP strategy and creating a whole industry chain structure including game product research and development, global distribution and marketing, IP ecological derivation, film and television investment, and mobile social platform. Varied games and diversified pan entertainment industry have laid the tone for the future development of FriendTimes. It is bound to take a unique development path in the increasingly competitive game industry. It will stick to ingenuity and innovation and embrace globalization. It will continue to consolidate its leading position in female-oriented market, remain active in exploring overseas markets, and accumulate momentum for its globalization strategy!