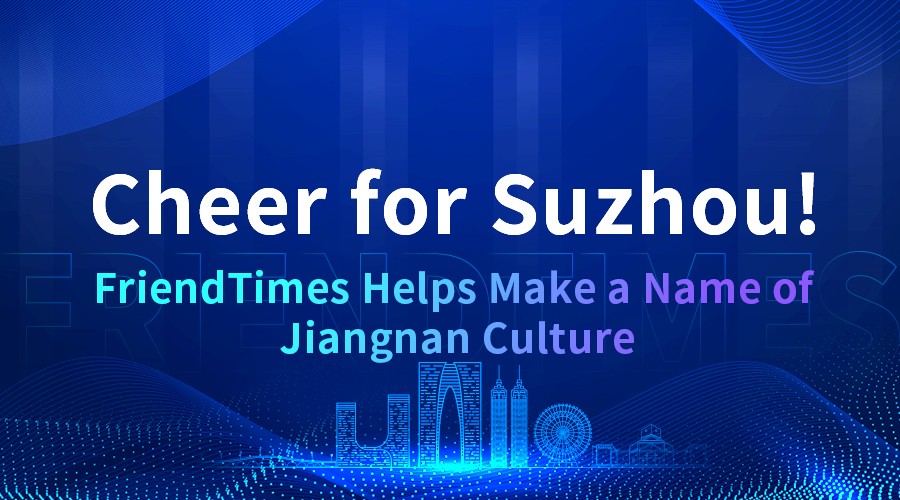 Opinions on the Implementation of Cultural Industry Doubling Plan in Suzhou and relevant supporting policies, were released at the conference, as well as the Three-year Plan for Brand Building of "Jiangnan (South-east city groups along the Yangtze River) Culture". Suzhou will focus on animations and games, film and television, network culture and other industries, expand creative design, entertainment, arts and crafts, digital cultural equipment manufacturing and other key fields, and vigorously promote the integrated development of culture and technology, finance, sports, commerce, exhibition and other related industries. By 2023, in light of the positive implementation of the ten major projects of "Jiangnan Culture (part of traditional Chinese culture)" brand building, Suzhou’s unique Jiangnan cultural characteristics will stand out among other South-east cities along Yangtze River, and its importance and radiance will also be consolidated.

During this conference, 122 cultural tourism projects were signed, with an amount of over 120 billion yuan. Among them, 48 major cultural and tourism projects were signed on site, with an amount of over 72 billion yuan. The projects cover a wide range of fields, including digital culture, cultural tourism, cultural entertainment, characteristic culture, creative design, cultural manufacturing, etc. The cooperation projects among market-leading enterprises, SASAC-owned enterprises and well-known enterprises reached 60%, which has laid a solid foundation for the implementation of the cultural industry doubling plan. 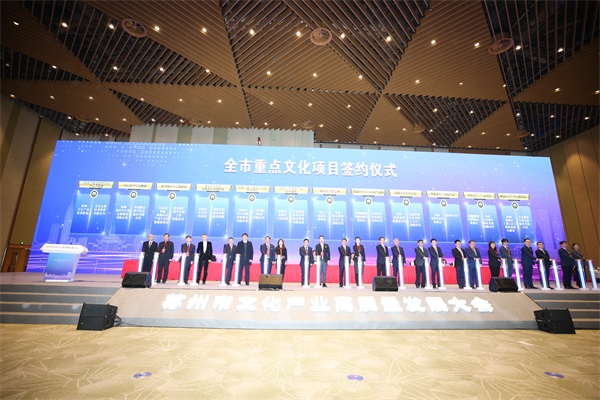 The conference focused on the doubling plan of cultural industry. It is mentioned in the Opinions on the Implementation of Cultural Industry Doubling Plan in Suzhou that the government will focus on the original research and development of animations and games, increase the support for outstanding animations/games and excellent animation/game enterprises, and promote the continuous upgrading of the animation/game industry chain.

In response to the call of the government, FriendTimes will continue to strengthen the application of technology, apply the latest achievements of scientific and technological progress into every link of cultural creation, production, dissemination and trading, and enrich the forms of cultural expression. At the same time, the enterprise will keep its cultural root in mind, adhere to the original research and development, continue to put forward high-quality products with ingenuity and passion and give new life to traditional culture by using new technologies, new means and new models. The enterprise also integrates cultural creativity, cultural identity and cultural elements into products, increases the cultural content and added value of products, and creates a digital culture brand with wide influence by strengthening the development and transformation of IP.

Jiangnan culture is one of the name cards of Suzhou. Suzhou has profound cultural heritages and rich cultural resources. Influenced by Jiangnan culture, FriendTimes is committed to exploring Suzhou's rich historical and cultural resources, using digital technology to inherit traditional Chinese culture, firmly establishing cultural confidence, constantly enriching our products with culture and deep thoughts, and carrying out more exploration and innovation on the road of going global of Chinese culture. Giving new life to traditional culture, consolidating the city’s cultural and tourism competitive edges, enriching experience in Culture Fair on intangible cultural heritage, and helping to launch "Jiangnan Culture" brand are the future development goals of the enterprise. Thanks to the advantages of the Internet cultural and creative industry, the enterprise will adhere to product innovation, give play to the leading role of the industry, and make contributions to the renaissance of traditional Chinese culture and the construction of a higher level of a humanistic Suzhou city.